Here are some tips to follow if you're buying a dishwasher for your first restaurant.

Ensure the dishwasher is a commercial model, rather than a domestic one

Domestic dishwashers are almost always cheaper than commercial dishwashers. If you're on a budget, the lower cost of the former might tempt you to buy it. However, it is important to get a commercial version of this appliance for your restaurant, even if this means you have to spend a bit more.

The reason for this is that domestic dishwashers are designed to be used just a few times per day. During busy periods, your kitchen staff may need to do a dozen or more loads of dishes over the course of each day. As such, if you choose an inexpensive domestic dishwasher that isn't built to be used this frequently, its components will wear out very quickly. It will then break down and your staff will have to manually wash the dishes for a few days until you arrange for the dishwasher to be replaced.

Secondly, the load capacity of commercial dishwashers is usually far higher than that of domestic dishwashers. This means that your staff will be able to wash more dishes in fewer loads. This will reduce the time they spend on dishwashing and enable them to run your kitchen more efficiently.

In most commercial appliance retail stores, you can find both under-counter and conveyor commercial dishwashers. You'll need to think about which of these would be most suitable for your restaurant's kitchen.

For example, if you're short on space, then an under-counter one might be better, as these are narrower than conveyor dishwashers. However, the latter could be more suitable if you have a spacious commercial kitchen, but several of your staff have back problems that could be worsened by having to repeatedly bend down to a low-positioned dishwasher. This is because the moving belt of a conveyor dishwasher is usually at waist height, which means that those who are using it don't need to strain their backs to put dishes into it or remove them from it.

It should be noted, however, that if you do purchase a conveyor dishwasher, you may need to train your staff how to use it, as whilst most people will be familiar with standard under-counter dishwashers, not everyone will be accustomed to operating the conveyor version of this appliance. For more information about commercial dishwashers, contact an appliance supplier. 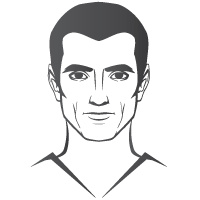 Hello, my name is Keith. I recently moved into a new house in Sydney, Australia. I have wanted to live in Sydney for many years, so finally getting the chance to move to the big city is a really exciting time for me. Unfortunately, the house I have purchased is completely unfurnished, so I had to buy everything. I was find picking out the sofa and dining room table, but when it came to kitting out the kitchen with appliances, I didn't have a clue. I called my friend Dave who is an appliance repair guy and he came and helped me to select the best appliances for my new home.

Here are some tips to follow if you're buying a di …

Refrigeration is essential for every business that …

Read More
What Type of Oven Should You Choose for Your New Restaurant Facility?
13 November 2019

People love to eat out and sample different types …

If you have just moved into a property and need to …

For most homeowners, the prospect of a bathroom re …